DUBAI IS
THE NEXT STEP
FOR YOUR
GROWING BUSINESS

Expert advice on business set up

At our event, ‘Made for Trade Live’ in Chennai, in partnership with FICCI Tamil Nadu State Council, attendees gain expert advice on setting up a business in Dubai, and insights on DMCC's world-class infrastructure, bespoke services and easy set up process.

Explore the key benefits of setting up a business in Dubai

Get practical advice from our experts and network


Ahmed Bin Sulayem is the Executive Chairman and Chief Executive Officer of DMCC and has driven its growth from a start-up of 28 member companies in 2003 to the world’s leading free zone in 2020 with over 18,000 member companies from 180 countries, employing over 60,000 people.

Tasked with enhancing commodity trade flows through Dubai, DMCC has introduced to the market a number of value-added products and services under Mr Bin Sulayem’s leadership. In 2020, DMCC has been named the ‘Global Free Zone of the Year’ by The Financial Times fDi Magazine, for a record sixth consecutive year. 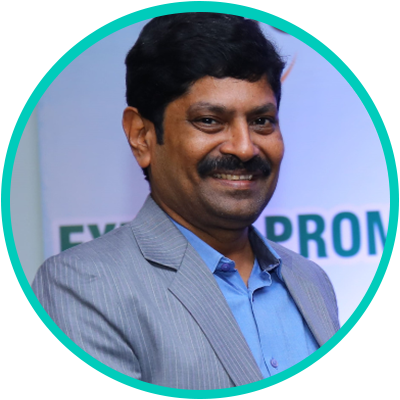 
Dr. M.K. Shanmuga Sundaram is an IAS officer of 1997 batch. He hails from Tamil Nadu and belongs to the Uttar Pradesh cadre. He is presently posted as Development Commissioner, MEPZ Special Economic Zone, Chennai on central deputation.

He worked as District Collector in certain districts of Uttar Pradesh including Jhansi, Ghaziabad, and Gautam Budh Nagar districts among other posts at different periods of time. He is an alumnus of the Indian Agricultural Research Institute (IARI), Pusa, New Delhi, and Tamil Nadu Agricultural University (TNAU) as well. He was selected for Agricultural Research Service (ARS) twice while studying at IARI.

Before joining the Indian Administrative Service, he worked as Assistant Manager, NABARD in Jaipur. He has a Masters degree in Public Administration (MPA) from the University of Birmingham in the UK. 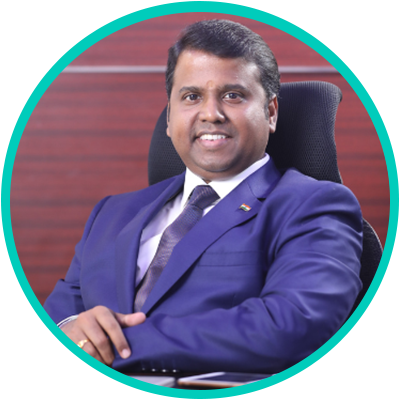 Bhupesh Nagarajan is a Civil Engineer with over a decade of experience in the construction industry. His first stint in the industry was working with Ashok Leyland Private Ltd for almost 5 years, post which he worked in Triumph International India Pvt Ltd, an MNC, as a project head for the projects undertaken in India and Thailand.

Later in 2008, he was employed in Singapore wherein he worked for the Singapore Housing Board as an Executive Engineer for around 2 years. Having gained sufficient experience in construction and real estate, he set up his own company "Indira Projects and Developments (T) Pvt. Ltd", in 2010 and implemented several housing projects in Tamil Nadu. Eventually, he also diversified to Singapore, by setting up Indira Projects Pte Ltd in 2012 and later on extended to other Asian countries like Maldives & Malaysia.


Sunil Rallan is a graduate of Loyola College Chennai, India, having passed out in 1980. He was trained in the USA in leather processing and finishing technology with Hoyt and Worthen Leather Manufacturing Company. He joined the family business in 1984 and brought in modern management techniques to support the business.

He is the Founder Director of the Indian Leather Industry Foundation (ILIFO) and the Founder Member of the Indian Leather Garments Manufacturing Association (ILGA). He has set up a Leather Tannery in Sri Lanka and trading companies in Mauritius and Dalian China. He is the Founder and Promoter of J.Matadee Free Trade Zone P. Ltd which is India’s first notified Free Trade Zone in Chennai. He is also the Founder President of Tamil Nadu Association of SEZ Infrastructure Developers (TASID), as well as a Member of the Governing Council of the Export Promotion Council of EOUs and Special Economic Zones (EPCES). He is on the Infrastructure Committee of the Federation of Indian Chambers of Commerce and Industry (Southern Region) and is the Secretary of the Tamil Nadu Canoeing and Kayaking Association.

He is a keen sportsman and Mountaineer with several Summits and plays Golf besides Scuba Diving and Kitesurfing. 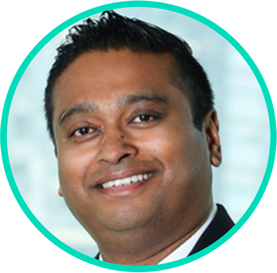 
Sanjeev Dutta is the Executive Director of Commodities and Financial Services at DMCC. He oversees DMCC’s commodities vertical, and directs the development, implementation and regulation of the organisation’s financial products, platforms and services.

An expert on trade finance and commodity markets, Sanjeev is responsible for identifying new business opportunities for DMCC and nurturing existing commercial partnerships. He was instrumental in establishing the DMCC Tea Centre, DMCC Coffee Centre and the award-winning DMCC Tradeflow platform, and now tasked with enhancing the trade of agri and softs, precious metals and stones through Dubai.

Sanjeev is a senior member of DMCC’s executive leadership team and supports the general management, strategic direction and growth initiatives of the organisation. Sanjeev devised and implemented the organisation’s Code of Corporate Governance, and established its comprehensive risk management protocol.

Joining on its inception, Sanjeev has held a number of senior roles within DMCC and previously served as the Chief Financial Officer of Dubai Gold and Commodities Exchange (DCGX). A distinguished speaker, Sanjeev regularly represents DMCC at international industry events and is an expert on trade, commodities and Islamic Finance.

A Chartered Accountant by profession, Sanjeev has over two decades of multi-industry expertise in auditing, financial controls, consulting, risk management, corporate governance and general management with both PwC and KPMG. 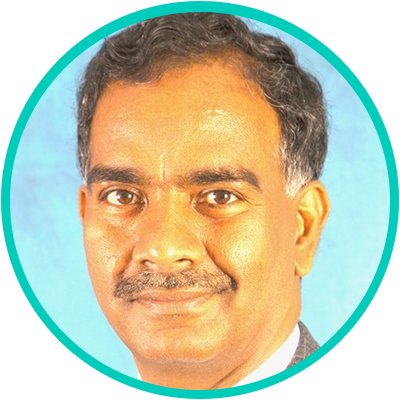 
Ramamoorthy Selvam joined IAS in 2001 and has been allotted to Himachal Pradesh cadre. Before joining IAS, he had served as Agricultural Officer in the Govt of Tamil Nadu from 1996 to 1999. Since 1999 to 2001 he completed his training in Indian Railway Traffic Service. He graduated from Agricultural College & Research Institute-Killikulam in 1993 and completed post-graduation in Plant Pathology in 1995 from Tamil Nadu Agricultural University-Coimbatore. He completed his post-graduation in Master’s in Public Administration (MPA) in 2016 from Harvard University-USA. Recently he joined as Executive Director-Council for Leather Exports-Chennai in the month of April-2018.

He has successfully implemented several state and Government of India programs. The remotest district of Lahaul & Spiti had been selected for the Best Infrastructure Development at All India Level for his contribution in the development of the district. The state of Himachal Pradesh was declared as second Open Defecation Free state at National level in October-2016 during his tenure. He was instrumental for the same. The rural development department- Govt of Himachal Pradesh received several National awards for his exceptional contributions in Pradhan Mantri Awaas Yojana, National Rural-Urban Mission and in MGNREGA. He also significantly involved in framing new pharma pricing policy, new urea investment policy and various other policy-making issues at national levels.

He is interested in serving the downtrodden, farming and in writing about several social issues. He has been writing on Dinamani, Indian Express and Financial Express.

He authored a novel “Panaiyadi” an inspirational best seller, which you dare to dream. 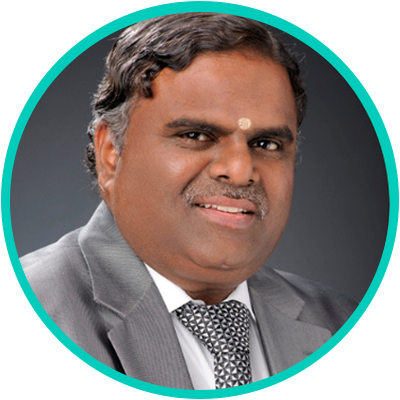 
M. Umapath has 36 long years of experience in the field of Engineering and has become a “repertoire” of inventory skills in multifaceted tasks in the field of engineering. Coming from humble beginnings, M. Umapathi through his impeccable academic career, was given admission to the Ace and August, Anna University at Guindy in Chennai, from where he completed his B.E.Electrical and Electronics Engineering in the year 1982 with flying colours.
M Umapathi started his career as a graduate Trainee at M/s Best & Crompton Ltd., toiled for the company's progress till 1990. A naturally gifted leader, his deeply inspiring spirit won him the position of directorship in Elsytec Engineers & Controls Pvt. Ltd.

M. Umapathi's tireless striving with an empathetic approach has made him Managing Director for many companies in India. Mr. Umapathi's overflowing ideas with a profound sense of versatility enabled him to protract the Voltech branches even on the soil of foreign countries.

With vivid fair play and good labour practice Voltech has spread across the Mediterranean Sea into the highly developed western countries and it has its sprawling complexes on both sides of the Indian Peninsula from Africa to East Asia to the Middle East with 5000 dedicated employees and an Annual Turnover of Rs. 750 Crores.
He has the tendency of helping deserving candidates by providing an opportunity in all his companies and more than 90% of the employees are recruited from families who are yielding very low-income groups. And further, he has offered Directorship in his company to the employees who served with him from day one till date which shows his affection towards the employees’ welfare and gives a status in the market for those who are with him which shows that not only the company has grown but also the employees who are with him will have growth in their life.

M.Umapathi is a pioneer not only in Applied Engineering but also in social responsibility by imparting a considerable part of his income for the education of the underprivileged and needy children. He is an effective conversationalist in the official language and concurrent official languages of India that is 'Hindhi' and 'English' and his natural vehicle of thought is 'Tamil'.

Though M.Umapathi is a global citizen who creates opportunities for global citizens still his intense sense of patriotism, urges him to use his Indian passport. He believes in Keynesian theory of job creation and as an employer he provides tens and thousands of jobs to Indians in general and Tamilians in particular. His success formula is not his style of clothes neither the kind of luxury cars nor the amount of money but it is simply his service to fellow human beings that measures his success. 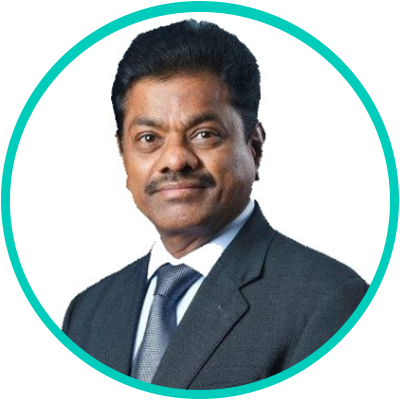 
As Managing Director at Nanwin Energy LLP, Nandakumar M has founded a company for collaborating and supporting energy business in India and overseas. His company aims to provide advisory support that facilitates its clients' growth, project management services, and training services. It also undertakes the development of energy-related projects and supports its clients in business acquisitions 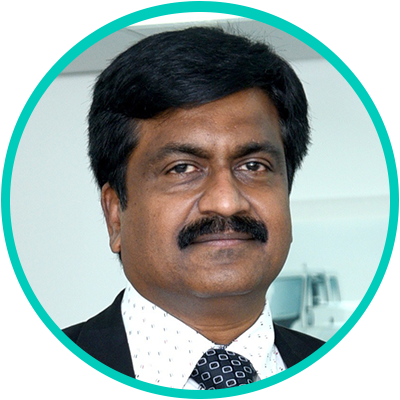 Transformed the company to be listed as one of the ‘Top 25 Great Places’ to Work for in India for the year 2009. 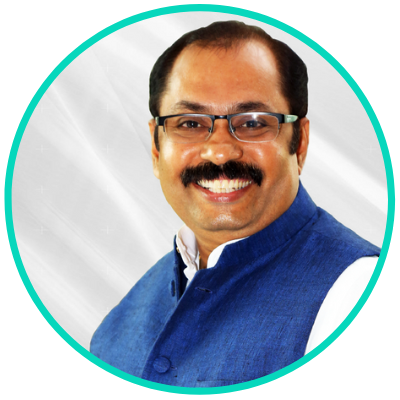 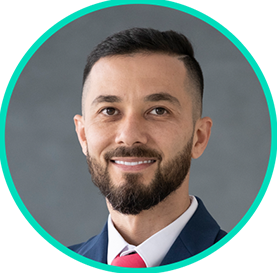 
Bassel Bitar is the Regional Representative – Asia and Eastern Europe at DMCC, the world’s leading Free Zone and Government of Dubai Authority on commodities trade and enterprise.

Joining DMCC as a Team Leader in 2015, Mohammed is responsible for promoting the benefits of doing business in Dubai and setting up companies in DMCC.

Prior to joining DMCC, Bassel held senior sales positions at both Etisalat Telecom and Emirates NBD in Dubai.

Bassel earned a Bachelor of Business administration degree in Hotel Management and tourism from the National American University in 2002.